The Narendra Modi Stadium previously known as Sardar Vallabhbhai Patel Stadium is a cricket stadium, located in Ahmedabad, India. With a capacity of 132,000 viewers, it is the largest stadium in the world, The stadium is owned by the Gujarat Cricket Association and was constructed in 1983. 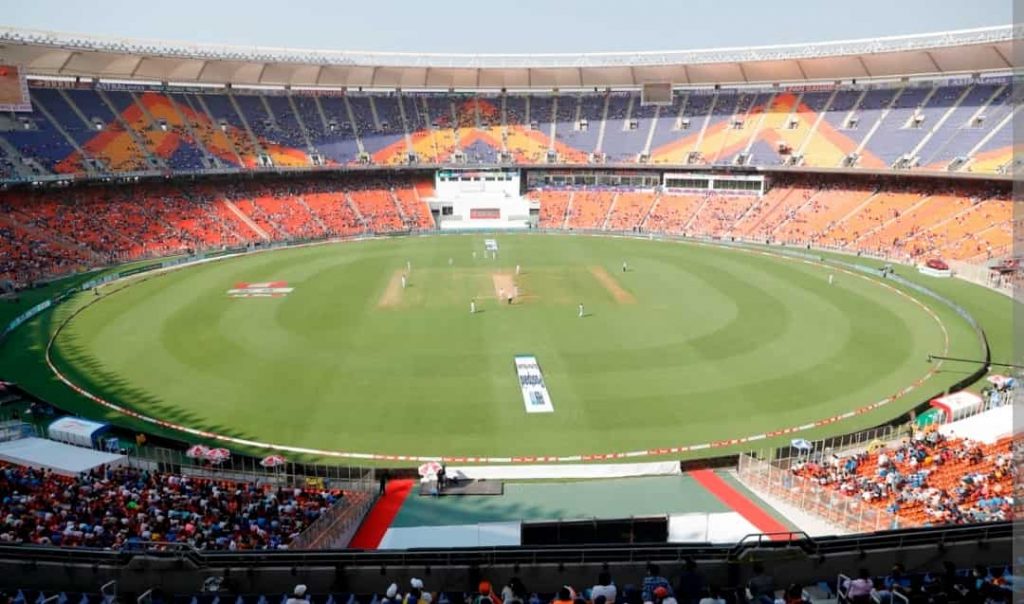 The stadium was renamed by the Gujarat Cricket Association as Narendra Modi Stadium after the current Prime Minister of India. In 2015, under the leadership of the Gujarat Cricket Association, the stadium was demolished and rebuilt completely by February 2020. The Narendra Modi Stadium is the best venue for Indian Premier League, T20I, Test, and  ODI cricket matches, the stadium has hosted 27 ODIs, 14 Tests, 6 T20I matches, and 2 IPL matches by now of 2022, This Stadium has also made a record in the Guinness Book of World Records for having an attendance of 101,566 viewers during a cricket match.

On 24 February 2021, The Narendra Modi Stadium hosted its first-ever pink ball test match between India and England. The stadium is on 63 acres of land, its parking lot capacity is 3,000 cars and 10,000 two-wheelers,  the stadium has three entry points, it has a 55-room clubhouse, 76 corporate boxes, four dressing rooms, with 11 center pitches on the main ground it is the only stadium in the world.

The MCG stadium has hosted both the first One Day International match and the first Test match, The Grand Final of the 2022 T20 World Cup was hosted by MCG, as it has become the principal venue for Australian Football League matches, including the world’s highest-attended league championship event and the AFL Grand Final. The MCG also hosts other sports events such as FIFA World Cup qualifiers, international rugby union matches, and international rules football matches, they even host Concerts and other cultural events. MCG is listed on the Victorian Heritage Register and  Australian National Heritage List. In 1869, Australia’s first bicycle races were held at the MCG, and during the Commonwealth Games 2006, both the  Opening and Closing Ceremonies were held at the MCG.

The Eden Gardens is a cricket stadium in Kolkata, India. It is the oldest stadium as it was established in 1864, with a capacity of 66,000 spectators the stadium is the second-largest cricket stadium in India. In 1987, the stadium’s capacity was expanded to 100,000 from 40,000 for World Cup, Eden Gardens hosted many important matches such as  Asia Cup, World Cup, World, and Twenty20, again for the 2011 Cricket World Cup Eden Gardens went through a renovation, it has become the second stadium to host a World Cup final. 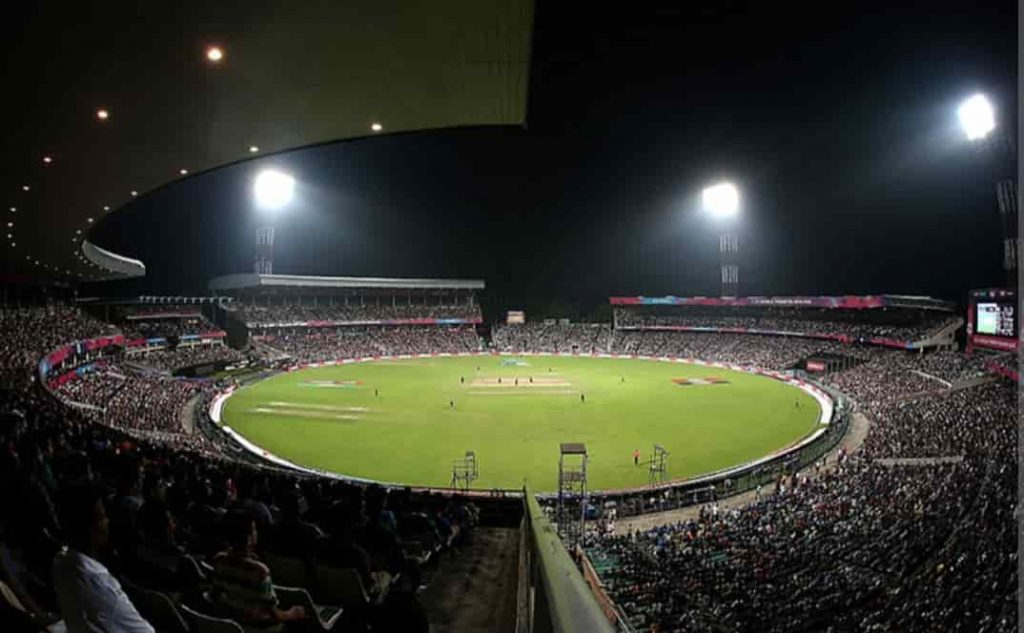 The Shaheed Veer Narayan Singh International Cricket Stadium is a cricket ground, located in the city of Naya Raipur, Chhattisgarh, India. The Stadium is also known as Naya Raipur International Cricket Stadium, with a seating capacity of 65,000 approx, it is the fourth-largest cricket stadium in the world and the third-largest cricket stadium in India. 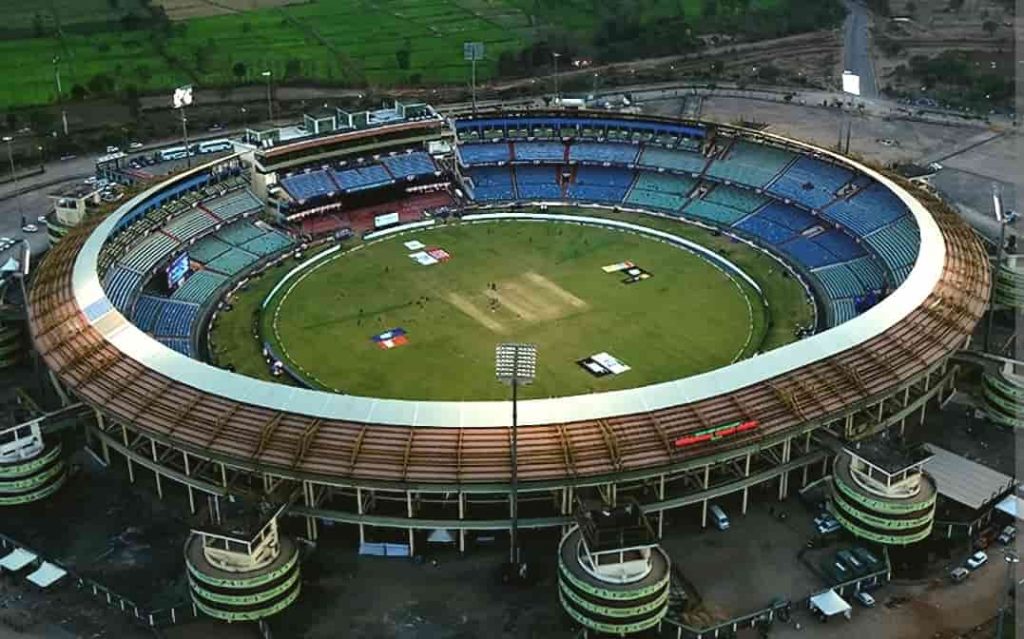 The Stadium was built and owned by the Government of Chhattisgarh. The Shaheed Veer Narayan Singh International Cricket Stadium construction started in the year 2006 and was completed in 2008, the Stadium construction cost Rs 145 Crore. The first-ever match on this ground was hosted in 2010, it was a practice match between the Chhattisgarh state team and Canada national cricket team. In the Indian Premier League (IPL) the stadium was declared as a second home venue for the Delhi Daredevils in 2013, and since then the stadium has hosted many of the team’s matches. 2020–21 Road Safety World Series, Three IPL, and one CLT20 match have been held at this venue, eight T20 matches of the 2014 Champions League Twenty20 were hosted at The Shaheed Veer Narayan Singh International Cricket Stadium

Perth Stadium is a multi-purpose stadium located in the suburb of Burswood, Australia. The Stadium is currently known as Optus Stadium. The Perth Stadium was constructed by a consortium led by Multiplex, the construction was completed in 2017 and was opened on 21 January 2018, the capacity of Perth Stadium is 61,266 and can be extended up to 65,000 seats for rectangular sports.

The Stadium is essentially used for Australian rules cricket and football. Perth Stadium is recognized as the third-largest stadium in Australia and was awarded as World Prix Versailles award in the Sports category in 2019. The first event to be hosted in this stadium was a Twenty20 cricket match featuring  Perth Scorchers and the England Lions, as the stadium is a multipurpose ground there many games are been held such as major rugby league, rugby union, football, soccer games, and cricket, the stadium also hosts important cultural events such as concerts.